Speaking of Sixty-eighth, the majority of personal observers would recall August 21st and the occupation. However, GACY ’68 exhibition is not solely dedicated to that August and is no sense strictly concerning events of the year 1968. It intends to show that the Sixty-eighth’s story had lasted for more than twelve months.

The first series of panels is centred around a slightly adjusted slogan of the contemporary propaganda Together with Soviet Union…, although not entirely. The image of the tight atmosphere’s gradual loosening, a struggle with “demon of consent” and the demands for the regime’s “personality cult’s” excesses’ recovery are all placed within a broader framework of the fifties and sixties by A. Šmotlák’s photographs …

The Sixty-eighth’s story culmination as well as hectic events of 1968’s both spring and summer are exposed by the second series of panels, all covered in one common title Long live the victorious … One injustice’s atonement enables the society to atone the other, yet more and more grievances are emerging… Old slogans of freedom, equality, brotherhood and truth are gaining a new meaning while becoming sincerely understood. The society gets drunk with a hope for a change for better. In this very moment, deus ex machine is entering the picture. After a brutal force’s intervention, the enthusiastic nation becomes an angry and outraged mob. However, the hope, while in agony, fails to persist.

The last part of the exhibition depicts a critical moment in which the Sixty-eighth’s story’s thread gets torn. Its tragic conclusion in the “new Reality’s” emergence in the early months and years after the occupation is reflected in the series of panels titled Long live the glorious Soviet army – our liberator?

The Sixty-eighth in Czechoslovakia shows both similarities and differences in comparison with what was going on in the rest of the world in 1968. However, it was common for both the former and the latter to desire a more just order of public affairs, while at the same time breaking with hypocrisy of the powers that be. Moreover, in both parts of the scene, people would use flowers to fight guns. Yet in our country, this story should have been forgotten. The two decades of silence meant two decades of public discourse’s stagnation as well. The tabooed story has been disguised in myths.

The exhibition attempts to demonstrate the very appreciation of the ever emerging details. Hundreds of photographs and hereunto unpublished and unknown historical documents from both Slovak and international archives raise our awareness of both iconic and less known, or even unknown figures and moments of the Sixty-eighth’s story, in our country as well as in both nearer and farther outlands.

A major part of the photographs shown at the exhibition comes from Anton Šmotlák’s heritage (1920-1979), who had been a professional scene photograph for a long time. One can hardly miss the very notion of his perception of the street in a very theatre-like manner in his photographs of an everyday life. They bear witness to the time scenes in which he lived. And despite being a bohemian, he had kept his negatives being dated, thus adding to the historical value of his snapshots …

The very historical value of Šmotlák’s photographs disposes of yet one particular feature. His camera rather tends to part with factual documentation, and instead capture the dynamics itself, however, sometimes unnatural, at another time rather spontaneous. It is this his very own feature that allows us to constitute a chronicle-like mosaic of the whole society’s dynamics.
Šmotlák’s chronicle of images depicts the artificial dynamics of the Stalin’s era. It leads us through the changes and caprice of the so called “renaissance process”, through the burst of energy in the streets as well as its gradual engulfment in the “normalization’s” black hole.
His photographs are often charged with metaphoric energy which disguises the author’s very stance, smile or even smirk, if you will. 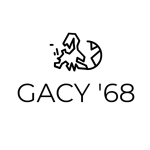 The exhibition has been carried out within the GACY ’68 project. It involves the work of both teachers and students of four universities who have joined together with activists, professionals from cultural institutions and civic associations, in order to both cultivate historical remembering and shape a common European historical consciousness.